February 25, 2013January 15, 2015
After a challenging pregnancy, I gave birth to the cutest little thing ever on December 8th of last year. I was exactly 33 weeks pregnant.

I was discharged from the hospital two days before Thanksgiving. I was “on pins and needles” as they say! Glad to be home but gosh was I nervous to be there by myself throughout the day. After about two months of being hospitalized, I had grown used to monitors, doctors, nurses and daily injections. Not forgetting the fact that I was 3cm dilated upon discharge.

Early Saturday morning of December 8th, I woke up to labor pains. Even though our little lady was on her way 7 weeks early, I had a sense of calm. I just knew that everything would work out. By the time we got to the hospital, I was 6cm dilated. Not even 30 minutes later I was up to 7. The attending physician tried to stop my labor with magnesium…at 7cm dilated…I was NOT thrilled. That stuff makes you feel like you’re cooking from the inside out AND you can only have morphine while on a mag drip. Labor pains, nausea, heat and morphine made me a cranky patient. While I was appreciative of the fact that the doctor wanted to put off labor for as long as possible…it was just too much. I knew that God would shield my baby from harm. And HE did.

My nurses convinced the doctor to stop the mag drip so that I could get an epidural. Thank goodness for them because I was ready to push shortly after. After only 18 minutes of pushing, Harper Camille graced us with her presence. The neonatal physician grabbed her from the labor & delivery physician for the usual post birth tests. Before rushing her to the NICU, her doctor brought her over to me and held her up so I could see all 4 pounds 2 ounces of baby.

Luckily, Harper had her own room so I was able to stay in the hospital with her. It was stressful. Seeing her in an incubator, having to ask permission to hold her and watching people poke her with needles was hard. Thankfully, I gave birth to a fighter! Harper was in only in the NICU for two weeks. Her physician discharged her the Friday before Christmas and it was the best holiday season of my life! 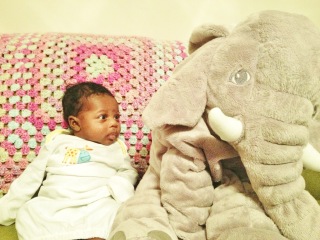 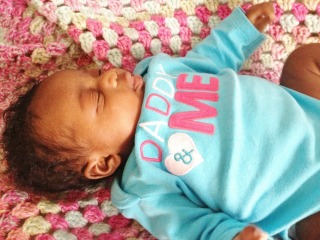 Thank you for all of the support!
If you have any questions about my premature birth experience, feel free to shoot me an email or comment below.

7 thoughts on “Giving Birth in Pigtails”

I love reading what you have to say. Let's chat! Cancel reply